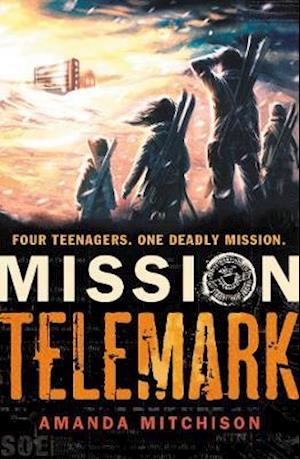 Four teenagers attempt the most dangerous sabotage mission of World War II in this gripping thriller, based on real events.Norway, December 1942. Following the German occupation of the power plant at Vemork in southern Norway, the British government has become aware that Hitler is trying to find a way to use the heavy water it produces to make a nuclear weapon. One mission to destroy the power plant has already failed and time is running out. Now the Allies' fate rests in the hands of four teenagers - Jakob, Freddie, Ase and Lars - who must survive for weeks in the freezing conditions of the Hardanger Plateau before they launch a sabotage attempt that will decide the course of the war. Based on real events and featuring copies of Special Operations Executive original documents, this is a gripping account of a deadly mission.

Forfattere
Bibliotekernes beskrivelse Four teenagers attempt the most dangerous sabotage mission of World War II in this gripping thriller, based on real events.