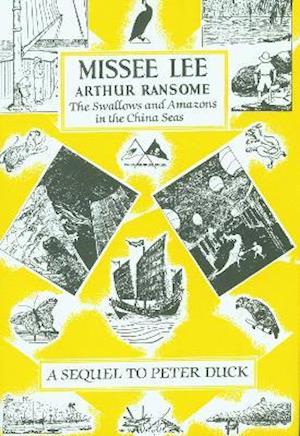 In the tenth instalment of the Swallows and Amazons series, the young crew come face-to-face with the fiercest pirate of the South China Seas. "'So long, ' called the harbourmaster. 'Don't run into Missee Lee!'" The Swallows, Amazons and Captain Flint are on a round-the-world voyage. It's been plain sailing for a hundred ports and now they are on their way to China. A friendly harbourmaster has given them a warning: to watch out for pirates roaming the waters around the Chinese coast, but they haven't paid much heed. Until the day that Gibber the monkey accidentally sinks the faithful Wild Cat. Separated, captured, miles from home, the Swallows and Amazons are about to meet their fate and the pirate who holds it: the legendary Missee Lee."

Forfattere
Bibliotekernes beskrivelse Nancy Blackett, the terror of the seas, has finally met a real pirate - the tiny, pistol-carrying Missee Lee, who has rescued them after their shipwreck off the coast of China. The only trouble is she wants to keep them... forever. 1