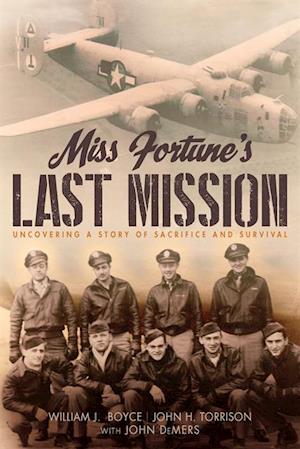 Twenty-five years after his death, I wanted to know the things my father would not discuss about his time as a 19-year-old waist gunner in a B-24 bomber. I found the man who could tell me. He was Ray Noury, who flew with my father over Europe in late 1943; saved my father's life; and, after my wounded father was shipped home, became the lone survivor of a doomed crew that was shot down in February 1944. When I met Ray in 2013, only five months before his own death at age 90, he told me the story of a B-24 nicknamed Miss Fortune. Ray talked about Miss Fortune's crew members, their families, and a village that continues to honor the crew's sacrifice seven decades later. Ray's revelations took me across the country and over the Atlantic; through stacks of letters and pictures; and back to the confusion I felt as a child wondering why my father still was so wounded so many years after the surgeons repaired his shattered leg. Ray introduced me to his friend John Torrison, whose years of research honored John's uncle and the other crew members who flew on Miss Fortune's last mission. Ray and John answered the questions that went unasked while my father was alive. It turns out that knowing one man required me to know eleven others. They flew with and in place of my father as 1943 turned into 1944. Decades after their last mission, the members of Miss Fortune's crew remained with my father. They still live today in the memories of people on two continents.