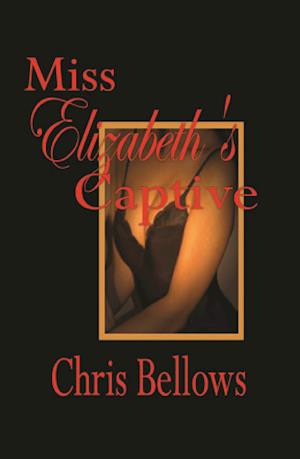 How does a woman, drawn as a young girl to the erotic power of Dominance over the male, satiate her lifetime need for control? In another provocative story from the demented mind of Chris Bellows, she replicates the phenomenon so broadly debated and discussed amongst noted psychologists, the Stockholm Syndrome. Sam, a successful investment banker, is lured into a spider's web of sexual intrigue. The bait is an ingenue named Jamie...or is it Jami? Despite Sam becoming fully aware of the process, Miss Elizabeth, a wealthy female sexual predator, is always one step ahead of him. She first fosters his sexual appetite for the bizarre then gradually increases her control of his psychological, physical and financial needs. Consummate devotion is what she demands, an unquestioning sex toy is what she receives. Her male beast is mentally captured and isolated. He perceives no escape and is threatened with the loss of employment and the curtailment of sexual pleasure. Yet, all the while, Miss Elizabeth graciously bestows on him trivial kindnesses. However insignificant, such indulgences lead to his subservience, despite the captive's full knowledge of his plight. We dare not reveal more of the intricate story line but assure the Chris Bellows? fan that the author has not relented in the continuing efforts to pen unique stories with unusual plots. Heavy bondage, suspension, caning, anatomical modifications, engaging medical scenes, piercings, enslavement, public displays, enemas and forced chastity will entertain the Chris Bellows aficionado in this intriguing tale.