Misogyny and Media in the Age of Trump 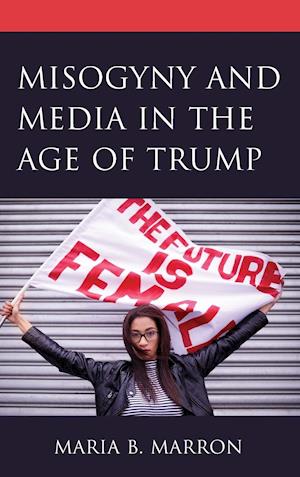 Misogyny and Media in the Age of Trump argues that misogyny has increased in the United States under President Trump and that although women's experiences under misogyny are by no means universal, patriarchal social and institutional systems facilitate gender-based hostility. Systemic misogyny and power inequities are at the root of male-on-female bullying, the bullying and harassment of non-hegemonic males and other minorities as well as sexual harassment, rape, and even murder. Given the prevalence of misogyny, and its deep rootedness in religion, it is argued that the social contract needs to be rewritten in order to have a just, gender- and race-equitable society. Misogyny creates a clash of cultures between men and women, hegemonic and non-hegemonic males, feminists and INCELS, the powerful and the oppressed, natives and marginalized minorities, the conservative and the liberal/progressive.This book explores misogyny across media ranging from political and editorial cartoons to news, sport, film, television, social media (especially Twitter), and journalistic organizations that address gender inequities. The authors argue that the current era of conservative populism ushered in by President Donald Trump and the Republicans constitute the social-cultural and political environment that have given rise to the #MeToo Movement and Fourth Wave Feminism.