Miracles of Our Lord 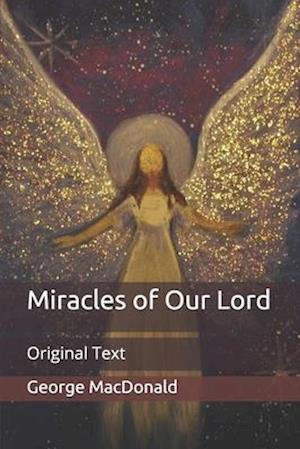 I have been requested to write some papers on our Lord's miracles. I venture the attempt in the belief that, seeing they are one of the modes in which his unseen life found expression, we are bound through them to arrive at some knowledge of that life. For he has come, The Word of God, that we may know God: every word of his then, as needful to the knowing of himself, is needful to the knowing of God, and we must understand, as far as we may, every one of his words and every one of his actions, which, with him, were only another form of word. I believe this the immediate end of our creation. And I believe that this will at length result in the unravelling for us of what must now, more or less, appear to every man the knotted and twisted coil of the universe. It seems to me that it needs no great power of faith to believe in the miracles-for true faith is a power, not a mere yielding. There are far harder things to believe than the miracles. For a man is not required to believe in them save as believing in Jesus. If a man can believe that there is a God, he may well believe that, having made creatures capable of hungering and thirsting for him, he must be capable of speaking a word to guide them in their feeling after him. And if he is a grand God, a God worthy of being God, yea (his metaphysics even may show the seeker), if he is a God capable of being God, he will speak the clearest grandest word of guidance which he can utter intelligible to his creatures. For us, that word must simply be the gathering of all the expressions of his visible works into an infinite human face, lighted up by an infinite human soul behind it, namely, that potential essence of man, if I may use a word of my own, which was in the beginning with God. If God should thus hear the cry of the noblest of his creatures, for such are all they who do cry after him, and in very deed show them his face, it is but natural to expect that the deeds of the great messenger should be just the works of the Father done in little. If he came to reveal his Father in miniature, as it were (for in these unspeakable things we can but use figures, and the homeliest may be the holiest), to tone down his great voice, which, too loud for men to hear it aright, could but sound to them as an inarticulate thundering, into such a still small voice as might enter their human ears in welcome human speech, then the works that his Father does so widely, so grandly that they transcend the vision of men, the Son must do briefly and sharply before their very eyes.