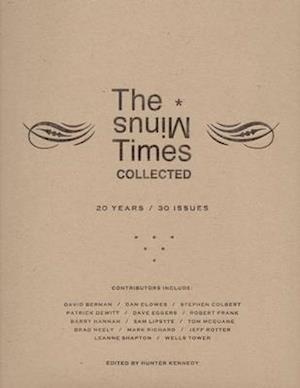 Begun as an open letter to strangers and fellow misfits, The Minus Times grew to become a hand-typed literary magazine that showcased the next generation of American fiction. Contributors include Sam Lipsyte, David Berman, Patrick DeWitt, and Wells Tower, with illustrations by David Eggers and Brad Neely as well as interviews with Dan Clowes, Barry Hannah, and a yet-to-be-famous Stephen Colbert. With sly humor and striking illustrations, The Minus Times has earned a fervent following as much for its lack of literary pretension as its sporadic appearances on the newsstand. All thirty of the nearly-impossible-to-find issues of this improvised literary almanac are now assembled for the first time, typos and all.