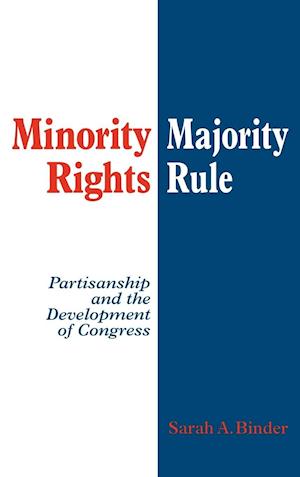 Minority Rights, Majority Rule seeks to explain a phenomenon evident to most observers of the US Congress. In the House of Representatives, majority parties rule and minorities are seldom able to influence national policy making. In the Senate, minorities quite often call the shots, empowered by the filibuster to frustrate the majority. Why did the two chambers develop such distinctive legislative styles? Conventional wisdom suggests that differences in the size and workload of the House and Senate led the two chambers to develop very different rules of procedure. Sarah Binder offers an alternative, partisan theory to explain the creation and suppression of minority rights, showing that contests between partisan coalitions have throughout congressional history altered the distribution of procedural rights. Most importantly, new majorities inherit procedural choices made in the past. This institutional dynamic has fuelled the power of partisan majorities in the House but stopped them in their tracks in the Senate.