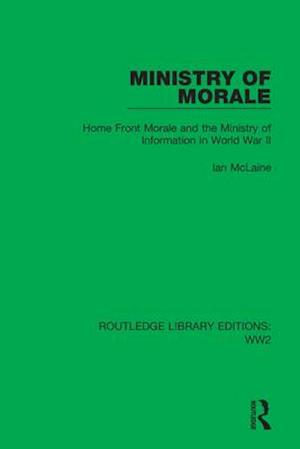 This book, first published in 1979, is an analysis of the wartime Ministry of Information, responsible for the maintenance of public morale. How was it that British morale remained high, yet the department responsible was so bad? This book examines the domestic work of the Ministry and offers an unprecedented insight into the mind of both government and people during the war. It answers key questions: How did a government department assess and set about maintaining morale? How did it handle the social and political questions associated with morale - post-war social reform, press freedom and censorship, the nature of the Soviet regime? How sound in fact was civilian morale, on the basis of the secret Wartime Intelligence reports then available? One of the most fascinating aspects of this book is the Ministry's constant internal debate on how its responsibilities should best be carried out. It is a key work of research on the political, psychological and mass communications problems facing a society at war.