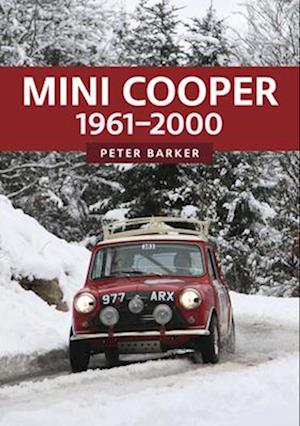 From its launch on 20 September 1961 the Mini Cooper caused a sensation. The world's first sports saloon, the diminutive Cooper combined the glamour and racing heritage of 1959 and 1960 Formula 1 champions the Cooper Car Company with the outstanding handling and downright practicability of the Austin Mini Seven and Morris Mini Minor. Alec Issigonis's little people's car had been launched by the manufacturer, the British Motor Corporation (BMC), two years earlier. A winner almost from the word go, the Mini Cooper not only ruled the racetracks and rally stages of the early and mid-1960s but proved to be a practical and fun sporting family saloon car. After over 100,000 examples were sold between 1961 and 1971, the Mini Cooper is still a practical sporting saloon in the guise of the BMW-owned MINI Cooper sixty years after the introduction of the original model.This remarkable product of the United Kingdom merits a fresh examination as it nears its sixtieth birthday. Based upon over fifty face-to-face interviews carried out by the author over more than a decade, this book quotes the Mini Cooper's designers, developers, and professional race and rally drivers plus a host of contemporary owners.