- Themes from the Philosophy of Frank Jackson 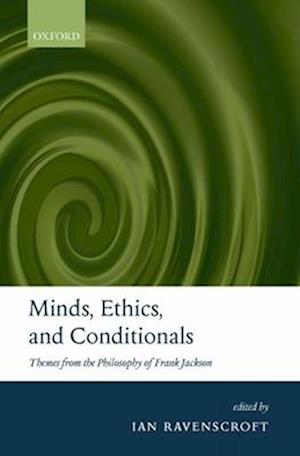 An illustrious line-up of seventeen philosophers from the USA, the UK, and Australia present new essays on themes from the work of Frank Jackson, which bridges mind, language, logic, metaphysics, and ethics. Central to Jackson's work is an approach to metaphysical issues built on the twin foundations of supervenience and conceptual analysis. In the first part of the book six essays examine this approach and its application to philosophy of mind and philosophy ofcolour. The second part focuses on Jackson's highly influential work on phenomenal consciousness. The third part is devoted to Jackson's work in ethics, both normative ethics and metaethics. The last three papers discuss Jackson's ground-breaking work on conditionals. The final section of the bookcomprises a substantial essay by Jackson in reply to his critics: this offers some of the clearest expressions of the ideas which Jackson has brought to the fore in philosophy.

Forfattere
Bibliotekernes beskrivelse An illustrious international line-up of contributors present new essays on themes from the philosophy of Frank Jackson, discussing his groundbreaking work on supervenience and conceptual analysis; mind and colour; normative ethics and metaethics; and conditionals. Jackson offers a substantial and illuminating reply to his critics.