Mind And Reality: The Space-time Window 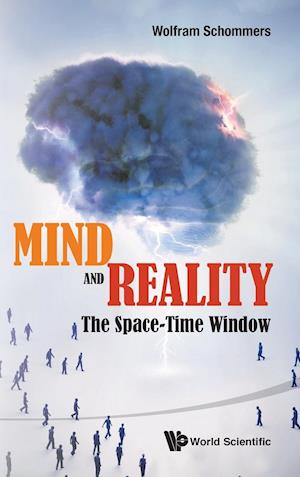 The relationship between mind and reality is usually perceived as an event that takes place in reality and producing simultaneously an internal image in the mind. So it takes place twice, so to speak, and there is a one-to-one correspondence between the two events. Within this conception, matter is embedded in space and time, and can be designated as "container-principle". This monograph emphasizes that the well-known philosopher Immanuel Kant denied this principle and he stated that reality is principally not recognizable to a human being, and modern biological evolution seems to lead exactly to Kant's point of view. Within the theory of evolution, man's image about reality in mind does not have to be complete and true in the sense of a precise reproduction, and it is relatively easy to recognize that even space and time should not be elements of reality outside. Within this conception, only a certain part of reality, which the human being needs for mastering life, is projected onto space and time, and we come to the so-called "projection principle". Then, spacetime defines the window to reality, leading to a number of exciting and essential questions, some of which are discussed in this monograph.As is known, current physics is mainly based on the container-principle. But this monograph proposes that the projection principle is obviously more suitable and could help to solve open-ended questions as, for example, in connection with the nature of time, the particle-wave duality, the cosmological constant, etc. Regarding the statistical behavior of matter, Einstein's statement "God does not play dice" has to be seen in a new light, but also Feynman's general viewpoint on quantum theory that it cannot be understood by man. However, conventional quantum theory is obviously not a consistent framework as per the projection principle. The term "world equation" is critically probed in this monograph.