- Spiritual and Political Connections of Hope with Land 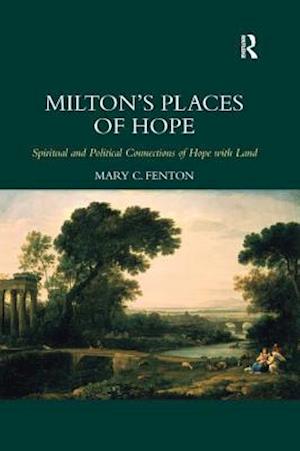 In early modern culture and in Milton's poetry and prose, this book argues, the concept of hope is intrinsically connected with place and land. Mary Fenton analyzes how Milton sees hope as bound both to the spiritual and the material, the internal self and the external world. Hope, as Fenton demonstrates, comes from commitment to literal places such as the land, ideological places such as the "nation," and sacred, interior places such as the human soul. Drawing on an array of materials from the seventeenth century, including emblems, legal treatises, political pamphlets, and prayer manuals, Fenton sheds light on Milton's ideas about personal and national identity and where people should place their sense of power and responsibility; Milton's politics and where he thought the English nation was and where it should be heading; and finally, Milton's theology and how individuals relate to God.