Militias and the Challenges of Post-Conflict Peace 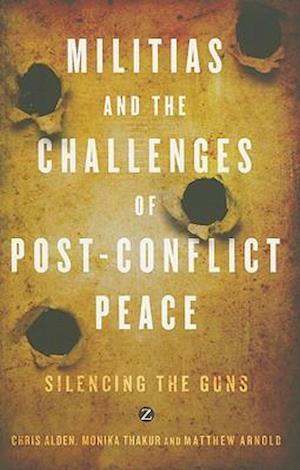 Militias have proven to be a consistent and enduring challenge to achieving peace in war zones around the world. Whether armed by embattled governments in defence of their territory or fostered by external actors in the interests of greed or grievance, these groups occupy an uncertain and deeply controversial position in the changing landscape of conflict. Linked variously to atrocities against civilians or international criminal elements, part of what distinguishes them from more traditional combatants is their willingness to engage in violent tactics that defy international norms as well as a proclivity to embrace expediency in alliance-making. As such, their diversity of form, unorthodox nature and sheer numbers make achieving short-term stability and an enduring peace a consistently difficult proposition.Bringing together the lessons learned from four intensively researched case studies - the Democratic Republic of Congo, Timor-Leste, Afghanistan and Sudan - the book argues that the overly rigid 'cookie-cutter' approach to demilitaristation, developed and commonly implemented presently by the international community, is ineffective at meeting the myriad of challenges involving militias. In doing so, the authors propose a radical new framework for demilitarization that questions conventional models and takes into account on-the-ground realities.