- From the Gordon Riots to the Gibraltar Incident 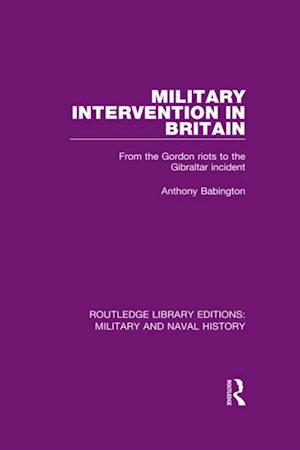 The military is supposed to stand aside from British society. This book illustrates that from the earliest times the British have relied on the military for the preservation of law and order. The creation of the professional police force in Britain habitually met with the stiffest opposition, and even after it came into existence in the 19th century, the military were still called in to suppress civilian disorders, often admidst the confusion and clumsiness tht led to incidents such as the notorious 'Peterloo massacre'. In the 20th century, the unarmed police had to become more used to dealing with riots, several of which are here discussed in meticulously researched detail.