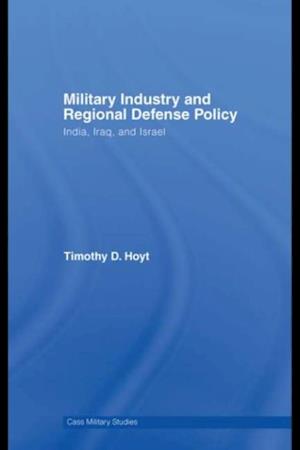 Military Industry and Regional Defense Policy re-examines military industrialization in the developing world, focusing on policy-making in producer states and the impact of security perceptions on such policy-making.Timothy D. Hoyt reassesses the role of regional state sub-systems in international relations, and recent historical studies of international technology and arms transfers. Looking at Israel, Iraq and India, the three most powerful regional powers in the Cold War era, he presesnts an expert analysis of the three-sided phenomena of the regional hegemony, the regional competitor and the small over-achiever.This new book breaks away from existing literature on military industries in the developing world, which has focused on their economic and development costs and benefits. These past studies have used primitive methodologies that focus on the production of complete weapons systems - a misleading gauge in a world of growing international defense cooperation. They have also ignored empirical evidence of the impact of local military industrial production on Cold War regional conflict, and of the defence planning and concerns that drove development of indigenous military industries in key regional powers. This new text delivers an incisive new perspective.