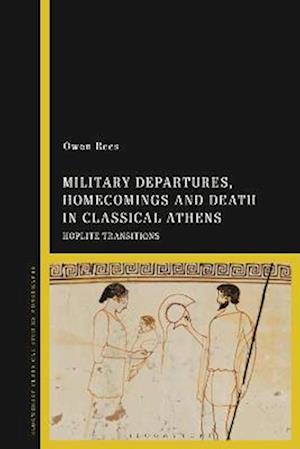 This volume sheds new light on the experience of ancient Greek warfare by identifying and examining three fundamental transitions undergone by the classical Athenian hoplite as a result of his military service: his departure to war, his homecoming from war having survived, and his homecoming from war having died. As a conscript, a man regularly called upon by his city-state to serve in the battle lines and perform his citizen duty, the most common military experience of the hoplite was one of transition he was departing to or returning from war on a regular basis, especially during extended periods of conflict. Scholarship has focused primarily on the experience of the hoplite after his return, with a special emphasis on his susceptibility to Post-Traumatic Stress Disorder (PTSD), but the moments of transition themselves have yet to be explored in detail. Taking each in turn, Owen Rees examines the transitions from two sides: from within the domestic environment as a member of an oikos, and from within the military environment as a member of the army. This analysis presents a new template for each and effectively maps the experience of the hoplite as he moves between his domestic and military duties. This allows us to reconstruct the effects of war more fully and to identify moments with the potential for a traumatic impact on the individual.