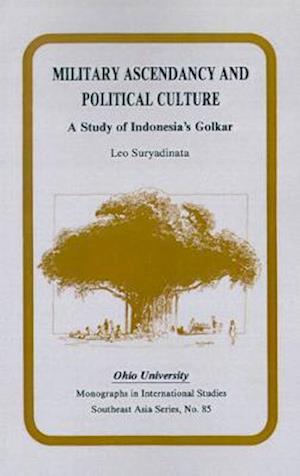 Most of the earlier studies on the Indonesian political party, Golkar, tend to view the organization solely as an electoral machine used by the military to legitimize its power. However, this study is different in that it considers Golkar less an electoral machine and more as a political organization which inherited the political traditions of the nominal Muslim parties and the Javanese governing elite pre-1965, before the inauguration of Indonesia's New Order. Golkar, then, is seen in this book as nominal Islam with a military element that tends to differentiate it from previous political parties in the country. Leo Suryadinata traces the birth, struggle, and emergence of this party so closely identified with Indonesia's President Suharto. Yet, to claim that Suharto and the military dominate the party is to view Golkar superficially, for the party is also composed of factions of civil servants and the Minister of Security and Defense, as well as several other governmental agencies. A complex and well-detailed cultural history of Indonesia's most powerful political party, this case study should have wider implications for the study of military behavior in the Third World.