Miles Goodyear: The Adventures of the Only Connecticut Mountain Man in the Rocky Mountain West 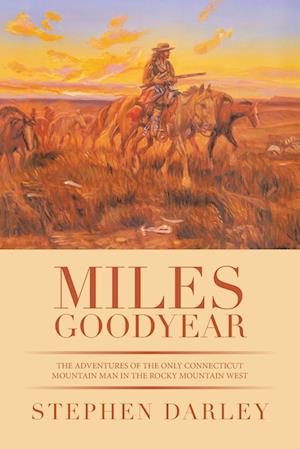 Historian Francis Parkman said of the western fur trappers and mountain men, "I defy the annals of chivalry to furnish the record of a life more wild and perilous than that of a Rocky Mountain Trapper." Surprisingly, there was a mountain man named Miles Goodyear who was born and raised in Connecticut. He died in his early thirties but made his mark in that wild and perilous life as a trapper but also as a founder of two cities in the west, a horse trader and gold seeker. Miles Goodyear's life story is full of intrigue, wild adventures and involvement with people of consequence in the west from the time he went west in 1836 until his death in 1849. No dime novel or prize winning book contains his story and he never wrote a journal. He is the subject of only one little known hard cover biography, an article in the Utah Historical Quarterly and a newspaper article in a Connecticut newspaper and there is only one historical marker that includes his name. Yet Miles Goodyear, who was described in a journal as "a restless native of Yankee land," left a significant footprint on the development of the far west. It is hard to imagine how he could compress so many adventures and so much living in the short span of thirty-two years. He did make his mark in the Rocky Mountains and plains of the far west. This is his story.