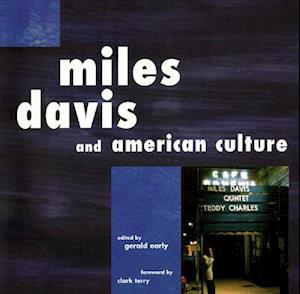 Brash and brilliant, an icon of cool, Miles Davis was one of the 20th century's greatest artists. The East St. Louis trumpeter had an enormous impact on jazz with such classic recordings as ""Kind of Blue"" and ""Sketches of Spain"" and inspired artists, poets and other musicians with his musical conception and mysterious persona. ""Miles Davis and American Culture"" examines Davis in a cultural context. In this collection of a dozen essays, William Kenney explores the St. Louis jazz scene of Davis's youth; Eugene B. Redmond looks at East St. Louis's cultural history; Ingrid Monson examines Davis and civil rights; and Waldo Martin discusses Davis and his relation to the black avant-garde of the 1960s. Original interviews and classic photographs round out the volume, published to coincide with the 2001 Miles Davis Festival, celebrating what would have been Davis's 75th birthday.