- How a Kid from Basketball-Crazy Indiana Became America's NHL Voice 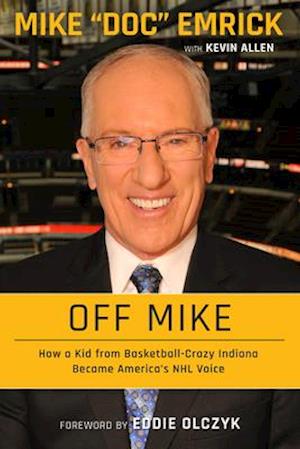 Millions of fans have enjoyed his infectious enthusiasm, insight, and storytelling on regular television broadcasts, through moments of triumph and defeat. Now, in this striking autobiography, the longtime broadcaster takes fans behind the mic as only he can. Emrick's love for hockey is obvious to anyone who's heard him call a game, and it's multi-layered. Tradition. The Stanley Cup chase. Suspense. Passion. Teamwork. History. Handshakes. An endless list. Yet it's the people he treasures most of all, and Doc has more than his fair share of stories from countless interactions--more than he's even been able to tell during four decades in the broadcast booth. Through both his early life and his unparalleled career, readers will meet the full cast of characters who have made their mark on the man who's voice has defined the hockey experience for so many. Equal parts riveting and hilarious, this memoir gives fans a rare seat alongside Emrick and serves as a profound ode to the sport of hockey.