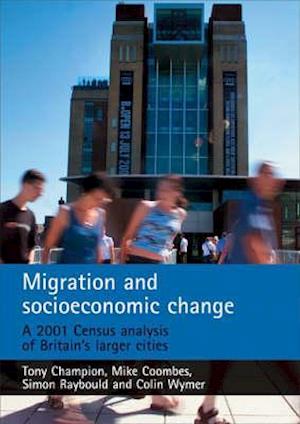 Migration and socioeconomic change brings new evidence to debates on urban regeneration in Britain: are we seeing urban renaissance, or is there city flight? This study examines 27 of the largest cities and city regions to find out whether they attract the talented people that they need to prosper. By examining the migration data of the 2001 Census of population, Britain's most and least successful cities are identified. There is also a look at more local population movements within the city regions of London, Birmingham and Bristol. Four key findings stand out: cities losing population included all the large conurbations plus most small cities in the North and West; London stood out in attracting many 'higher managerial and professional' people, and especially recent graduates; cities making strong gains from longer-distance movement mostly had growing local job numbers, plus some key quality of life characteristics and some cities attracting few longer-distance migrants also lose many migrants more locally, threatening their tax base and housing markets. The study gives much new information for urban and regional students and researchers, while the findings on individual cities can help target urban regeneration policies.