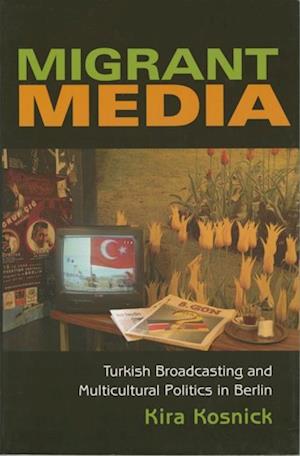 In this innovative and thought-provoking study, Kira Kosnick explores the landscape of Turkish-language broadcasting in Berlin. From 24-hour radio broadcasting in Turkish to programming on Germany's national public broadcasting and local public access channels, Germany's largest immigrant minority has made its presence felt in German media. Satellite dishes have appeared in migrant neighborhoods all over the city, giving viewers access to Kurdish channels and broadcasts from Turkey. Kosnick draws on interviews with producers, her own participation in production work, and analysis of programs to elaborate a new approach to 'migrant media' in relation to the larger cultural and political spaces through which immigrant life is imagined and created.