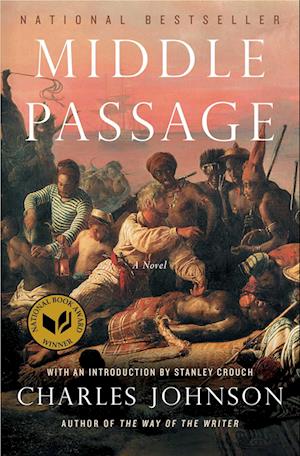 A twenty-fifth anniversary edition of Charles Johnson's National Book Award-winning masterpiece--"a novel in the tradition of Billy Budd and Moby-Dick...heroic in proportion...fiction that hooks the mind" (The New York Times Book Review)--now with a new introduction from Stanley Crouch. Rutherford Calhoun, a newly freed slave and irrepressible rogue, is lost in the underworld of 1830s New Orleans. Desperate to escape the city's unscrupulous bill collectors and the pawing hands of a schoolteacher hellbent on marrying him, he jumps aboard the Republic, a slave ship en route to collect members of a legendary African tribe, the Allmuseri. Thus begins a voyage of metaphysical horror and human atrocity, a journey which challenges our notions of freedom, fate and how we live together. Peopled with vivid and unforgettable characters, nimble in its interplay of comedy and serious ideas, this dazzling modern classic is a perfect blend of the picaresque tale, historical romance, sea yarn, slave narrative and philosophical allegory. Now with a new introduction from renowned writer and critic Stanley Crouch, this twenty-fifth anniversary edition of Middle Passage celebrates a cornerstone of the American canon and the masterwork of one of its most important writers. "Long after we'd stopped believe in the great American novel, along comes a spellbinding adventure story that may be just that" (Chicago Tribune).

Forfattere
Bibliotekernes beskrivelse From a critically acclaimed, award-winning and bestselling author comes a compelling adventure that "The Seattle Times" hailed as "a work of art that is a rattling good sea yarn as well as a profound meditation on the nature of self-knowledge".