Michelson-morley Experiments: An Enigma For Physics And The History Of Science

- An Enigma for Physics and the History of Science 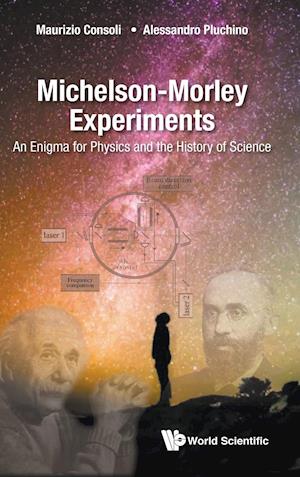 'The book should be an interesting read for advanced students within the field and for experts working in it.'Contemporary PhysicsIn 1887, Michelson and Morley tried to observe in laboratory the 'ether drift' by measuring a small difference in the velocity of two perpendicular light beams. The result of their measurements, however, was much smaller than the classical prediction and interpreted as a 'null result'. This was crucial to stimulate the first pioneering formulations of relativity and, as such, it represents a fundamental step in the history of science. Since then, many repetitions of that original experiment have been performed with better and better sensitivity and the standard conclusion has been always the same: no genuine ether drift has ever been detected. However, in the authors' new scheme, the small irregular residuals observed in laboratory show surprising correlations with the direct observations of the Cosmic Microwave Background (CMB) with satellites in space. This opens the possibility of finally linking the CMB to a fundamental reference frame for relativity, with substantial implications for the interpretation of non-locality in the quantum theory. The importance of the issue would require new dedicated experimental tests and significant improvements in the data analysis. Otherwise, without such more stringent checks, these crucial experiments will remain forever as an enigma for physics and the history of science. The book illustrates the many facets of this research together with historical accounts on some leading scientists involved in these measurements.