Michelangelo and the English Martyrs

- Dillon, A: Michelangelo and the English Martyrs 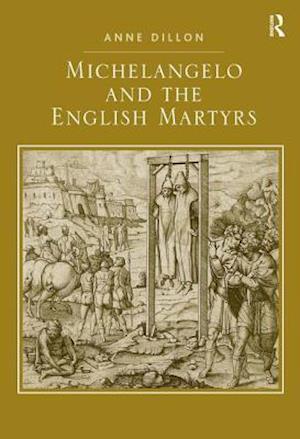 In May 1555, a broadsheet was produced in Rome depicting the torture and execution in London and York of the Carthusians of the Charterhouses of London, Axeholme, Beauvale and Sheen during the reign of Henry VIII. This single-page martyrology provides the basis for an in-depth exploration of several interconnected artistic, scientific and scholarly communities active in Rome in 1555 which are identified as having being involved in its production. Their work and concerns, which reflect their time and intellectual environment, are deeply embedded in the broadsheet, especially those occupying the groups and individuals who came to be known as Spirituali and in particular those associated with Cardinal Reginald Pole who is shown to have played a key role in its production. Following an examination of the text and a discussion of the narrative intentions of its producers a systematic analysis is made of the images. This reveals that the structure, content and intention of what, at first sight, seems to be nothing more than a confessionally charged Catholic image of the English Carthusian martyrs, typical of the genre of propaganda produced during the Reformation, is, astonishingly, dominated by the most celebrated name of the Italian Renaissance, the artist Michelangelo Buonarotti. Not only are there direct borrowings from two works by Michelangelo which had just been completed in Rome, The Conversion of St Paul and The Crucifixion of St Peter in the Pauline Chapel but many other of his works are deliberately cited by the broadsheet's producers. Through the use of a variety of artistic, scientific and historical approaches, the author makes a compelling case for the reasons for Michelangelo's presence in the broadsheet and his influence on its design and production. The book not only demonstrates Michelangelo's close relationship with notable Catholic reformers, but shows him to have been at the heart of the English Counter Reformation at its inception. This detailed analysis of the broadsheet also throws fresh light on the Marian religious policy in England in 1555, the influence of Spain and the broader preoccupations of the Counter Reformation papacy, while at the same time, enriching our understanding of martyrology across the confessional divide of the Reformation.

Forfattere
Bibliotekernes beskrivelse In May 1555 a broadsheet was produced in Rome depicting the torture and execution in London and York of the Carthusians of the Charterhouses of London, Axeholme, Beauvale and Sheen during the reign of Henry VIII. This title provides the basis for an exploration of several communities active in Rome in 1555.