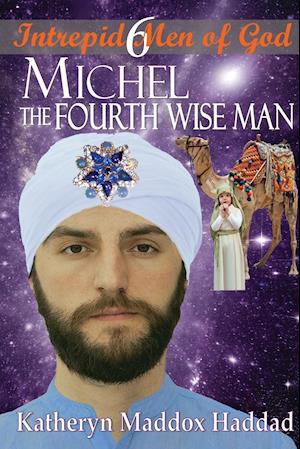 Michel, much like his Jewish ancestor, Daniel, is an advisor to King Phraattes of the Parthian Empire. He decides to buy the Garden of Eden where the Tigris and Euphrates Rivers meet. It is now completely under water and the home of marsh people.

He sacrifices everything to get it--his warrior father, his wife, and his estate. His dream is to replant the Garden of Eden and draw pagans on pilgrimage to it so they will learn about the one true God. Then perhaps God will walk the earth with them in the Garden as he had with Adam and Eve.

He is interrupted by a star that appears for awhile, then disappears. The other magi believe it is a sign a god was born. King Phraattes demands to know the meaning of the star, fearing it is an omen his kingdom will be taken from him.

Michel and his friends travel the world delving into the holy writings of world religions, trying to find the meaning of the star. After a year of searching, they end up in Bethlehem where Michel realizes God has already come and is walking on earth through the boy, Jesus. He goes into a tailspin. He has lost everything to buy Eden. What can he do now?