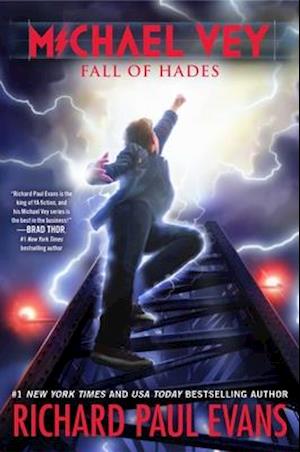 Michael and his friends try to recruit Hatch's Electric Youth to their side as the thrilling action continues in this electrifying sixth installment of the New York Times bestselling series Michael and the Electroclan are about to embark on their deadliest mission yet. Some of them may not make it back. The head of the resistance, known only as the voice, believes that the best way to wipe out the Elgen is to steal their money. That means capturing the Joule, the Elgen boat that serves as a floating treasury. To do this, Michael and his friends need help...a lot of help. They've learned about a highly placed member of the Elite Elgen Guard named Welch, who wants to defect. They also know that Hatch has condemned three of his electric youth to death. If the Electroclan can get to Welch before the Elgen do, and if they can rescue Quentin, Torstyn, and Tara, they just might be able to steal the Joule. But it's a big "if"... The stakes have never been higher, and Michael and his friends are about to be tested in ways they never imagined.