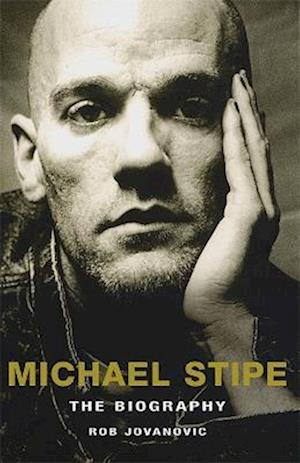 For the last quarter of a century Michael Stipe has been the lead singer of R.E.M, who from their humble beginnings toured and built a steadily growing legion of fans before breaking into the mainstream during the early 1990s. Today Stipe is one of the most instantly recognisable faces in rock and R.E.M. are held in a respect that only 25 years of excellent song writing and hard work can justify. But Stipe is much more than just the singer. Michael Stipe: The Biography will explore his nomadic early years as the child in a military family, his early love of punk and photography, his relationship with his two sisters and the drive behind one of the hardest working men in music. When not working with R.E.M. Stipe has a keen interest in film making, from pop videos and independent shorts to producing big budget full-length movies; he is keenly interested in politics, he led high profile endorsements of the Democratic party in recent elections and for many years has been a champion of environmental concerns. Using first hand testimony from those who have worked closely with Stipe, Jovanovic presents a rounded picture of this most enigmatic of pop stars.

Forfattere
Bibliotekernes beskrivelse The first biography of Michael Stipe, the lead singer of one of the most recognisable rock bands in the world, R.E.M.