indgår i serie Methods of Cancer Diagnosis, Therapy and Prognosis 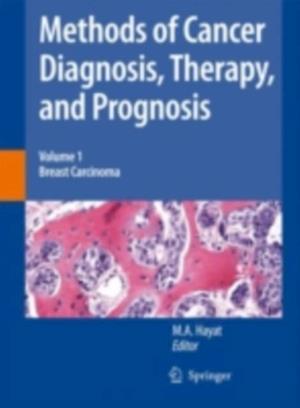 The enormity of the global healthcare costs vical. One-fifth of all cancers worldwide as a result of cancer infliction cannot be are caused by a chronic infection, for overemphasized. There are more than 100 example, human papilloma virus (HPV) types of cancers; any part of the body can causes cervical cancer and hepatitis B be affected. More than 11 million people virus (HBV) causes liver cancer. Tobacco are diagnosed with cancer every year, and use is the most common preventable cause it is estimated that there will be 16 mil- of cancer in the world. Approximately, lion new cases per year by the year 2020. 168,000 cancer deaths are expected to be In 2005, 7. 6 million people died of can- caused by tobacco use. Approximately, cer, that is, 13% of the 58 million deaths 40% of cancer could be prevented, mainly worldwide. It is estimated that 9 million by not using tobacco, having a healthy people will die from cancer worldwide in diet, being physically active, preventing 2015 and 11. 4 million will die in 2030. infections that may cause cancer, reduc- More than 70% of all cancer deaths occur ing exposure to sunlight, and avoidance of in low and middle income countries. excessive alcohol consumption and stress Five major cancer causing overall mor- (anger). A third of cancers could be cured talities per year worldwide are (WHO): if detected early and treated adequately. It is well established that scientific 1. Lung: 1.