Methods and Materials in Microelectronic Technology 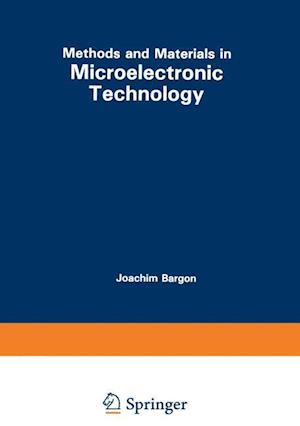 The papers collected in this volume were presented at the International Symposium on Methods and Materials in Microelectronic Technology. This symposium was sponsored by IBM Germany, and it was held September 29 - October 1, 1982, in Bad Neuenahr, West Germany. The progress of semiconductor and microelectronic technology has become so rapid and the field so sophisticated that it is imperative to exchange the latest insight gained as frequently as it can be accomplished. In addition, it is peculiar for this field that the bulk of the investigations are carried out at industrial research and development laboratories, which makes some of the results less readily accessible. Because of these circumstances, the academic community, which among other things, is supposed to communicate the prog ress in this field to students of different disciplines, finds it rather difficult to stay properly informed. It was the intent of this IBM sponsored symposium to bring together key scientists from academic institutions, primarily from Europe, with principal investigators of the industrial scene. Accordingly, this symposium exposed technologists to scientists and vice versa. Scientific advances often lead directly to technological innovations. In turn, new technologies are often arrived at empirically and, because of that, are initially poorly understood. Scientific inquiry then attempts to probe these processes and phenomena in order to achieve a better understanding. Thus science and technology are intricately interconnected, and it is important that technical exchange between technolo gists and scientists is facilitated, since the problems are typically interdiscipli nary in nature.