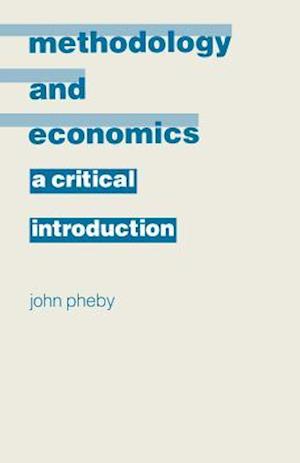 'Pheby's volume is especially to be welcomed as a clear and critical introduction to a large, complex and confusing methodological literature...It is recommended for all students of economics however experienced. ' A.W.Coats, Kyklos 'Professor Pheby in this much needed book gives a brilliant conducted tour ofour subject.' G.L.S.Shackle, foreword to the Japanese edition. Pheby has provided an antidote to the dangers of adopting, an excessively paradigmatic attitude, by supplying a well written, comprehensible guide to this esoteric field. More advanced scholars will appreciate his 168-entry bibliography.' D. Whitehead, Economics Methodology and Economics is a straightforward and interesting introduction in some of the methodologies that have influenced the work of economistswhich also quation their attempts to imitate the natural science. The way in which such 'naturalistic' methodologies, for example those of Bacon, descartes, Popper Kuhn and Friedman, have moulded much of the contemporary economics is discussed in a systematic and sequential fashion. Against such approaches it is suggested that the contributions of Austrian methodologists and Marx deserve greater attention. In conclusion, an agenda for future methodological work is outlined.