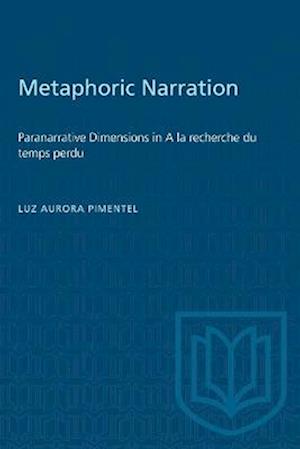 Readers of Proust are aware of the special place that metaphor has in his work, both as his passport to immorality and as an instrument for discovery. Countless books and articles have been written on his stylistic use of metaphor, but very few have described its role in the text's organization.

Luz Aurora Pimentel begins with the proposition that metaphor should operate beyond -- or below -- the observable verbal texture of a narrative. Such an abstract level of functioning in the process of metaphorization considerably affects narrative structure as a whole and generates a sort of paranarrative, or virtual subsidiary narrative line, that must be constructed by the reader. To examine this abstract potential Pimental uses both theory and criticism.