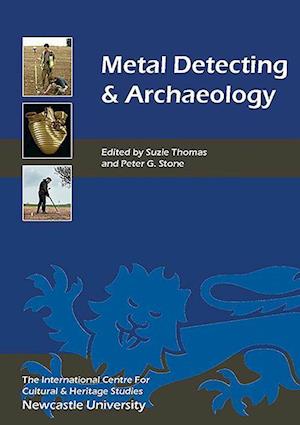 The invention of metal detecting technology during the Second World War allowed the development of a hobby that has traditionally been vilified by archaeologists as an uncontrollable threat to the proper study of the past. This book charts the relationship between archaeologists and metal detectors over the past fifty odd years within an international context. It questions whether the great majority of metal detectors need be seen as a threat or, as some argue, enthusiastic members of the public with a valid and legitimate interest in our shared heritage, charting the expansion of metal detecting as a phenomenon and examining its role within traditional archaeology. A particular strength of the book is its detailed case studies, from South Africa, the USA, Poland and Germany, where metal detectors have worked with, and contributed significantly towards, archaeological understanding and research. With contributions from key individuals in both the metal detecting and archaeological communities, this publication highlights the need for increased understanding and cooperation and asks a number of questions crucial to the development of a long term relationship between archaeologists and metal detectors. PETER G. STONE is Head of the School of Arts and Cultures and formerly Director of the International Centre for Cultural and Heritage Studies at the University of Newcastle. He has been interested in the public's role and interest in archaeology for over twenty-five years and has published widely on this topic, especially with respect to formal and informal education. SUZIE THOMAS is lecturer in museum studies at the University of Helsinki.

Forfattere
Bibliotekernes beskrivelse A groundbreaking examination of one of the most controversial topics within modern archaeology.