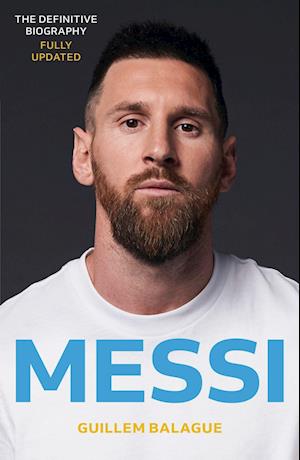 UPDATED TO INCLUDE MESSI'S FIRST SEASON AT PSGThe story of one of the greatest footballers of all time, Argentina's Lionel Messi.'I have seen the player who will inherit my place in Argentine football and his name is Messi' Diego MaradonaOn 10th August 2021, Lionel Messi's beautiful Barcelona fairy tale came to an end as he completed a dramatic move to Paris Saint-Germain. Despite flourishing in the blue and white of the national side, delivering Argentina their first silverware in twenty-eight years - beating Brazil on their home soil to win the Copa America - Messi endured a difficult first season in Paris. Guillem Balague has had unprecedented access to Messi's inner circle including the player himself: his coaches, team-mates and family. From tracing the origins of Messi's precocious talent in Rosario, Argentina, to chronicling his peerless seventeen-season career at Barcelona, and his tumultuous Parisian adventure, Guillem presents an authoritative and compelling account of an enigmatic footballing genius.'I can tell my grandkids one day that I coached Lionel Messi' Pep Guardiola

Forfatter
Bibliotekernes beskrivelse The story of one of the greatest footballers of all time, Argentina's Lionel Messi. Updated to include the inside story of his dramatic transfer from Barcelona to PSG and his first season at the club.