Mesoamerican Rituals and the Solar Cycle

- New Perspectives on the <i>Veintena" Festivals 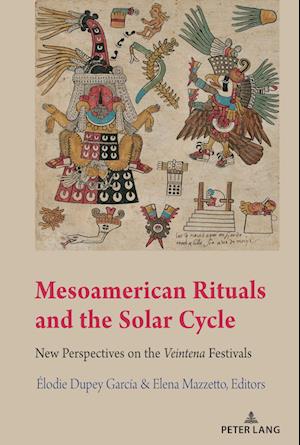 This book explores a seminal topic concerning the Mesoamerican past: the religious festivals that took place during the eighteen periods of twenty days, or veintenas, into which the solar year was divided. Pre-Columbian societies celebrated these festivals through complex rituals, involving the priests and gods themselves, embodied in diverse beings and artifacts. Specific sectors of society also participated in the festivals, while city inhabitants usually attended public ceremonies. As a consequence, this ritual cycle played a significant role in Mesoamerican religious life; at the same time, it informs us about social relations in pre-Columbian societies. Both religious and social aspects of the solar cycle festivals are tackled in the twelve contributions in this book, which aims to address the entire veintena sequence and as much of the territory and history of Mesoamerica as possible. Specifically, the book revisits long-standing discussions of the solar cycle festivals, but also explores these religious practices in original ways, in particular through investigating understudied rituals and offering new interpretations of rites that have previously been extensively analyzed. Other chapters consider the entire veintena sequence through the prism of specific topics, providing multiple though often complementary analyses. As a consequence, this book will attract the attention of scholars and graduate students with interests in Mesoamerica and early Latin America, as well as ethnohistory, cultural history, history of religions, art history, archaeology and anthropology.