- The African and Near Eastern Presence in the Ancient British Isles 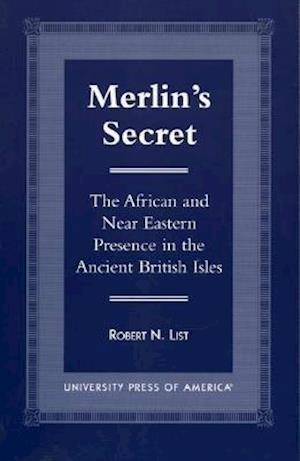 Merlin's Secret reopens the debate involving the diffusionist proposal of the non-Aryan (East African, Egyptian, North African, and Near Eastern) origins of early Britons who inhabited the British Isles from the Neolithic period to the arrival of the Anglo-Saxons. It also questions the possibility of mixed African, Asiatic, and European origins for the numerous Moorish immigrants, Gypsies, and other Norman families who arrived during the Middle Ages and the Renaissance. Robert N. List not only follows the work of numerous scientists, anthropologists, historians, linguists, poets, and ethnologists, who have argued the case for non-Aryan, and mixed-Aryan origins of many inhabitants, but examines the emergence of a cometary religion in the early British Isles. He proposes a new synthesis of the evidence of Afroasiatic cultural imports that influenced language, art, and religion in the early British Isles. This revisionist synthesis brings together evidence that should stimulate a complete reexamination of the ethnic complexity of the British Isles.