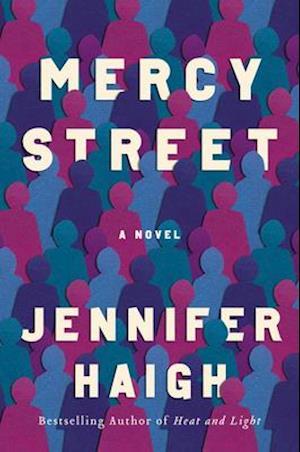 NATIONAL BESTSELLERNamed a Best Book of the Year by the Washington Post, the New Yorker, and the Boston Globe"Ms. Haigh is an expertly nuanced storyteller long overdue for major attention. Her work is gripping, real, and totally immersive, akin to that of writers as different as Richard Price, Richard Ford, and Richard Russo."-Janet Maslin, New York TimesThe highly praised, "extraordinary" (New York Times Book Review) novel about the disparate lives that intersect at a women's clinic in Boston, by New York Times bestselling author Jennifer Haigh For almost a decade, Claudia has counseled patients at Mercy Street, a clinic in the heart of the city. The work is consuming, the unending dramas of women in crisis. For its patients, Mercy Street offers more than health care; for many, it is a second chance.But outside the clinic, the reality is different. Anonymous threats are frequent. A small, determined group of anti-abortion demonstrators appears each morning at its door. As the protests intensify, fear creeps into Claudia's days, a humming anxiety she manages with frequent visits to Timmy, an affable pot dealer in the midst of his own existential crisis. At Timmy's, she encounters a random assortment of customers, including Anthony, a lost soul who spends most of his life online, chatting with the mysterious Excelsior11-the screenname of Victor Prine, an anti-abortion crusader who has set his sights on Mercy Street and is ready to risk it all for his beliefs.Mercy Street is a novel for right now, a story of the polarized American present. Jennifer Haigh, "an expert natural storyteller with a keen sense of her characters' humanity" (New York Times), has written a groundbreaking novel, a fearless examination of one of the most divisive issues of our time.