Merckx: Half Man, Half Bike 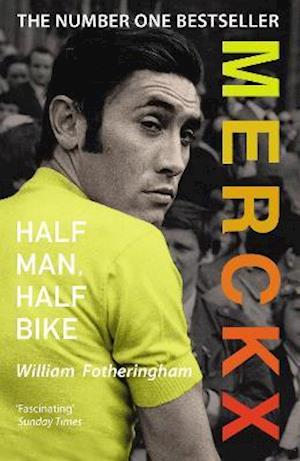 THE SUNDAY TIMES NO.1 BESTSELLERWhat makes a man the greatest of all time? Eddy Merckx is to cycling what Muhammad Ali is to boxing or Pele to football: quite simply, the best there has ever been. Merckx was a machine. It wasn't just the number of victories (445); it was his remorseless domination that created the legend. He didn't just beat his opponents, he crushed them. But his triumphs only tell half a story that includes horrific injury, a doping controversy and tragedy. He was nicknamed 'The Cannibal' for his insatiable appetite for victory, but the moniker did scant justice to a man who was handsome, sensitive and surprisingly anxious. Britain's leading cycling writer, William Fotheringham, goes back to speak to those who were there at the time and those who knew Merckx best to find out what made Eddy Merckx so invincible.'The full unvarnished of one man's heaven, and hell, on wheels' Independent