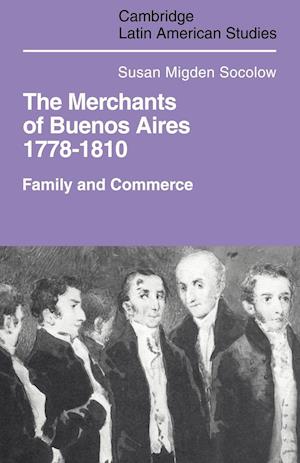 By the end of the eighteenth century, Buenos Aires was one of the major commercial entrepots of the Spanish American empire. Chief among the beneficiaries of the new prosperity of the area were the wholesale merchants, a group of men who came to control the commerce of the entire Viceroyalty of Rio de la Plata. This study, a contribution to the fields of social history and group biography, looks at the formation of the merchant group, and at the social patterns which assured the merchants' primacy in the economic and social life of the colony. Origin, education, recruitment, group perpetuation and social mobility are treated in depth. The role of women and marriage in recruiting individual merchants into mercantile families and clans is a central issue. Professor Socolow also looks at the merchants' roles in commerce and society, lay religious institutions and local government. A biography of one merchant, Gaspar de Santa Coloma, provides a case study of the multiple roles of a porteno merchant.