Merchant Princes and Charlatans or Makers of Money? 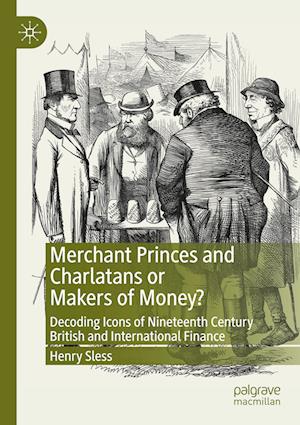 This book provides a critical analysis of visual images of British and international finance during the nineteenth century. Its focus is on the financiers themselves, contrasting the depiction of the respectable Merchant Princes with the less than perfect charlatans (white-collar criminals) who defrauded investors of millions. The breakdown of trust between financiers and investors that evolved during this period is represented visually in depictions of the emotional response of investors to the uncertain financial climate.Throughout the book a PEARL methodology has been used to critique the images reflecting the impact of any Publisher's political bias, the Editorial and Artistic techniques used to convey the messages in the images, and the Legal context (especially a concern in countries such as France and Germany where censorship was strict).The book concludes that white-collar criminals were invariably secretly admired in Britain, and rarely severely satirised. Similarly, Merchant Princes were depicted favourably in Britain as members of the ruling elite during the latter half of the century. This is contrasted with the more extreme anti-monopolistic images in the US and the extreme anti-Semitic treatment of Jewish financiers in France and Germany.