Mending our Past (Oak Springs book 3) 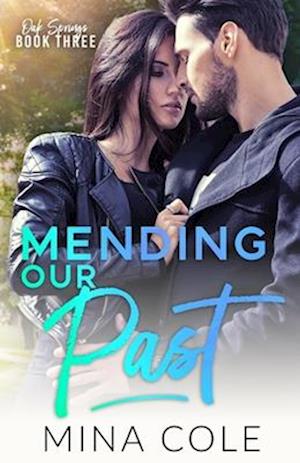 The past won't stay buried forever....

Nine years ago, Jacob Wilson fled his hometown to protect the ones he cared for most. But when he left town, he also left behind Laney Walters, the only woman he's ever truly loved. After receiving some news from home, he has no choice but to return and face his past. Now that he's back, he'll do whatever it takes to win back the woman who still has his heart. But the past he's kept a secret could destroy everything he longs for.

When Jacob snuck out of Oak Springs like a thief in the night, he shattered Laney's heart and stole the light from her life. Now he's trying to win her back, but Laney has a secret of her own. Even if she wants to give him a second chance, her secret won't stay hidden forever, and when Jacob finds out, he may never forgive her.

Will their love be enough to mend what was broken, or will secrets from the past shatter any chance for a future?

*Mending Our Past is the third book in the Oak Springs Series. Each book is a standalone and contains a happily ever after, but they are best if read in order. Start with book one, Closing on Love.