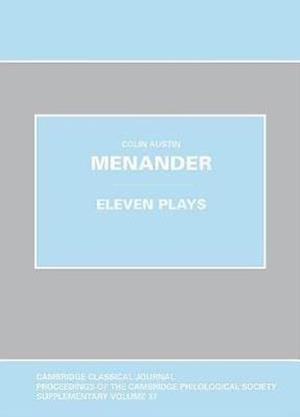 Colin Austin, Professor of Greek at Cambridge University 1998-2008, was one of the world's foremost experts in the reconstruction and interpretation of Greek comedy. When he died in August 2010, he was working towards a new edition of Menander for the series Oxford Classical Texts, for which he had completed only the shorter pieces: Dis Exapaton, Encheiridion, Georgos, Heros, Karchedonios, Kitharistes, Koneiazomenai, Leukadia, Perinthia, Phasma and Theophoroumene. The present volume contains the papyri and book fragments of these eleven plays, edited by Colin Austin.