- between victory and death 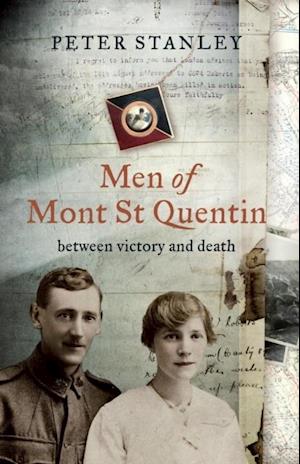 At exactly 1.30 p.m. on 1 September 1918, the dozen men of Nine Platoon, 21st Australian Infantry Battalion, rose from Elsa Trench and walked across a weedy beet-field toward the German defenders of Mont St Quentin. Within hours, three were dead and five more were wounded, one of whom died six weeks later. The survivors returned from war, more-or-less intact, to live through the next sixty-odd years in the shadow of that traumatic event. Men of Mont St Quentin tells the story of the men of Nine Platoon and their families. This is the first time that the story of such a group of Australians has been told - only made possible because Garry Roberts, the father of one of the dead, was so grieved by his son Frank's death that he obsessively collected accounts of what happened that afternoon. The Roberts' family papers, used here in this way for the first time, reveal the lives of Frank's comrades and their families as they came to terms with loss and life after war. In the hands of Peter Stanley, one of Australia's leading military historians, a famous battlefield in France becomes unforgettably connected with Australian men and their families in the long aftermath of the Great War.