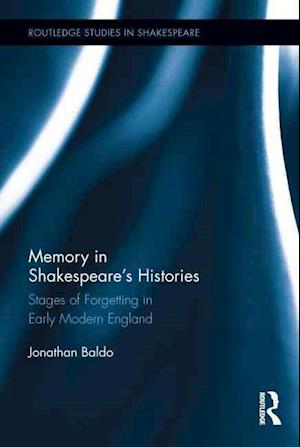 A distinguishing feature of Shakespeare's later histories is the prominent role he assigns to the need to forget. This book explore the ways in which Shakespeare expanded the role of forgetting in histories from King John to Henry V, as England contended with what were perceived to be traumatic breaks in its history and in the fashioning of a sense of nationhood. For plays ostensibly designed to recover the past and make it available to the present, they devote remarkable attention to the ways in which states and individuals alike passively neglect or actively suppress the past and rewrite history. Two broad and related historical developments caused remembering and forgetting to occupy increasingly prominent and equivocal positions in Shakespeare's history plays: an emergent nationalism and the Protestant Reformation. A growth in England's sense of national identity, constructed largely in opposition to international Catholicism, caused historical memory to appear a threat as well as a support to the sense of unity. The Reformation caused many Elizabethans to experience a rupture between their present and their Catholic past, a condition that is reflected repeatedly in the history plays, where the desire to forget becomes implicated with traumatic loss. Both of these historical shifts resulted in considerable fluidity and uncertainty in the values attached to historical memory and forgetting. Shakespeare's histories, in short, become increasingly equivocal about the value of their own acts of recovery and recollection.