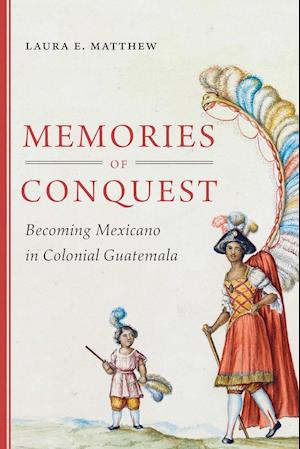 Indigenous allies helped the Spanish gain a foothold in the Americas. What did these Indian conquistadors expect from the partnership, and what were the implications of their involvement in Spain's New World empire? Laura Matthew's study of Ciudad Vieja, Guatemala--the first study to focus on a single allied colony over the entire colonial period--places the Nahua, Zapotec, and Mixtec conquistadors of Guatemala and their descendants within a deeply Mesoamerican historical context. Drawing on archives, ethnography, and colonial Mesoamerican maps, Matthew argues that the conquest cannot be fully understood without considering how these Indian conquistadors first invaded and then, of their own accord and largely by their own rules, settled in Central America.

Shaped by pre-Columbian patterns of empire, alliance, warfare, and migration, the members of this diverse indigenous community became unified as the Mexicanos--descendants of Indian conquistadors in their adopted homeland. Their identity and higher status in Guatemalan society derived from their continued pride in their heritage, says Matthew, but also depended on Spanish colonialism's willingness to honor them. Throughout Memories of Conquest, Matthew charts the power of colonialism to reshape and restrict Mesoamerican society--even for those most favored by colonial policy and despite powerful continuities in Mesoamerican culture.