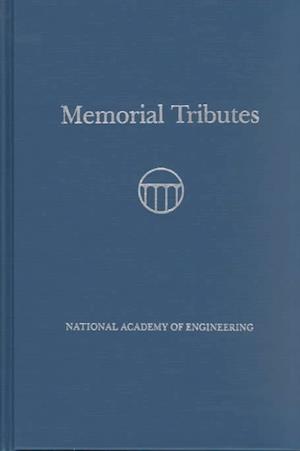 This is the 19th Volume in the series Memorial Tributes compiled by the National Academy of Engineering as a personal remembrance of the lives and outstanding achievements of its members and foreign associates. These volumes are intended to stand as an enduring record of the many contributions of engineers and engineering to the benefit of humankind. In most cases, the authors of the tributes are contemporaries or colleagues who had personal knowledge of the interests and the engineering accomplishments of the deceased. Through its members and foreign associates, the Academy carries out the responsibilities for which it was established in 1964. Under the charter of the National Academy of Sciences, the National Academy of Engineering was formed as a parallel organization of outstanding engineers. Members are elected on the basis of significant contributions to engineering theory and practice and to the literature of engineering or on the basis of demonstrated unusual accomplishments in the pioneering of new and developing fields of technology. The National Academies share a responsibility to advise the federal government on matters of science and technology. The expertise and credibility that the National Academy of Engineering brings to that task stem directly from the abilities, interests, and achievements of our members and foreign associates, our colleagues and friends, whose special gifts we remember in this book.

Forfattere
Bibliotekernes beskrivelse "In most cases, the authors of the tributes are contemporaries or colleagues who had personal knowledge of the interests and engineering accomplishments of the deceased" from foreward.