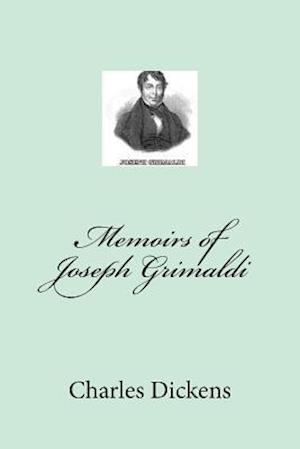 The book's accuracy is hard to establish, since it went through a number of revisions, not all with Grimaldi's input. Grimaldi's original manuscript, which he mostly dictated, was about 400 pages long; he completed it in December 1836. The original "excessively voluminous" version was apparently not good enough for publication, and in early 1837 he signed a contract with a collaborator, the obscure Grub Street writer Thomas Egerton Wilks, to "rewrite, revise, and correct" the manuscript. However, two months after signing the contract, Grimaldi died, and Wilks finished the job on his own, not only cutting and condensing the original but introducing extra material based on his conversations with Grimaldi. Wilks made no indication as to which parts of his production were actually written by Grimaldi and which parts were original to Wilks. He also chose to change Grimaldi's first-person narration to the third person. In September 1837, Wilks offered the Memoirs to Richard Bentley, publisher of the magazine Bentley's Miscellany. Bentley bought it, after securing the copyright from Grimaldi's estate, but he thought it was still too long and also poorly edited, so he asked one of his favorite young writers, the novelist Charles Dickens, then twenty-five years old, to re-edit and re-write it. At first Dickens was not inclined to take the job, and he wrote to Bentley in October 1837: I have thought the matter over, and looked it over, too. It is very badly done, and is so redolent of twaddle that I fear I cannot take it up on any conditions to which you would be disposed to accede. I should require to be assured three hundred pounds in the first instance without any reference to the sale - and as I should be bound to stipulate in addition that the book should not be published in numbers I think it would scarcely serve your purpose. However, Bentley agreed to Dickens' terms (a guarantee of three hundred pounds and an agreement to publish the book all at once, and not in monthly numbers). Dickens signed a contract in November 1837, and completed the job in January 1838, mostly by dictation. Dickens seems never to have seen Grimaldi's original manuscript (which remained in the hands of the executor), but only worked from Wilks' version, which he heavily edited and re-wrote. Bentley published it in two octavo volumes in February 1838. How faithful this twice-edited, twice-rewritten version is to the original cannot now be determined, since the original manuscript was sold at an estate sale in 1874 and has never been seen since.