Memoirs from Babylon: A Combat Chaplain's Life in Iraq's Triangle of Death 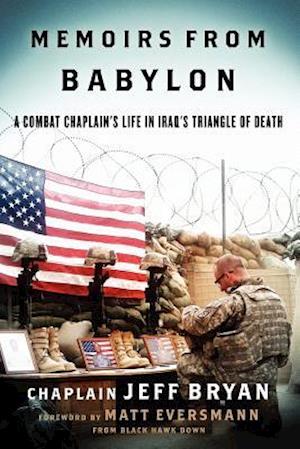 America's unofficial nightmare during the Iraq War was the infamous Triangle of Death, sometimes referred to by Iraqis as the Graveyard of the Americans. While serving in the Triangle, Chaplain Jeff Bryan ministered to a 1,200-man infantry task force, often while patrolling streets, fields, and villages as his unit cleared them in close-quarters combat. During the most violent and controversial phase of the war, Chaplain Bryan brought God to the American warrior. He witnessed life, death, and faith at every level, including a worst-case scenario in which several troops in his unit were ambushed and captured. Memoirs from Babylon is a dramatic account of humanity at its best and worst, a gut-wrenching experience of fear and faith under fire. Chaplain Bryan's story is a unique combination of life, leadership, military history, and God-centered hope in the midst of America's nightmare.