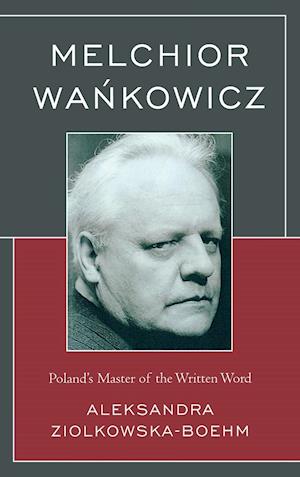 In Melchior Wankowicz: Poland's Master of the Written Word, Aleksandra Ziolkowska-Boehm examines the life and writing of famous Polish writer Melchior Wankowicz, author of legendary work "The Battle of Monte Cassino".Acclaimed by his readers and critics alike, Melchior Wankowicz was famous for creating his theory of reportage, i.e. the "mosaic method" where the events of many people were implanted into the life of one person. Melchior Wankowicz put into words the beautiful, tragic and heroic events of Polish history that provided a form of sustenance for a people that thrive on patriotism and love of their country. Wankowicz's books shaped national consciousness, glorified the heroism of the Polish soldier. Later in his life, Wankowicz personally set an example by standing up to the Communist party that brought him to trail for his work. In this book, Ziolkowska-Boehm offers a critical examination of Wankowicz's work informed by her experiences as his private secretary. Her access to the author's personal archives shed new light on the life and work of the man considered by many to be "the father of Polish reportage."